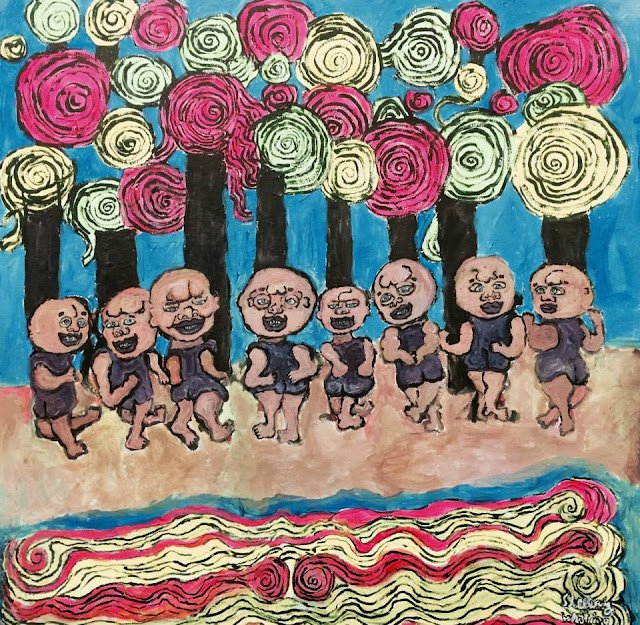 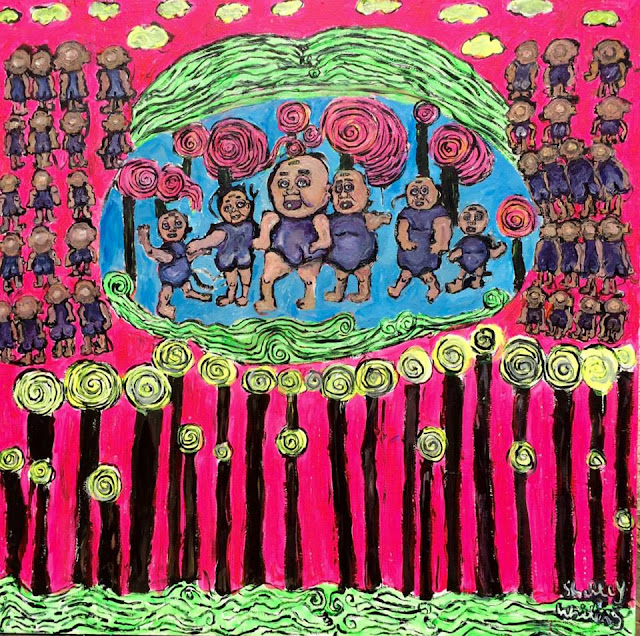 In the middle are spirit babies. PBS did an april fools joke saying spaghetti came from trees.. People thought they were telling the truth.. For me spirituality is like spaghetti trees. Silly but also built on a kind of blind faith that isn't entirely real. I will have more pictures in the series. 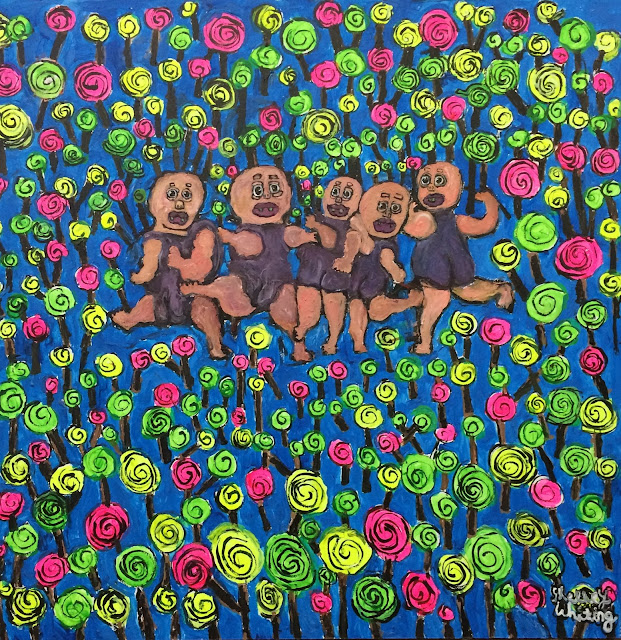 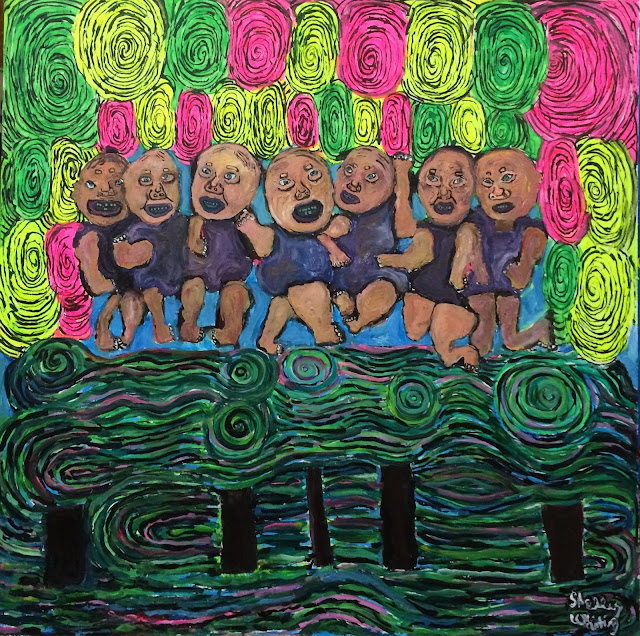 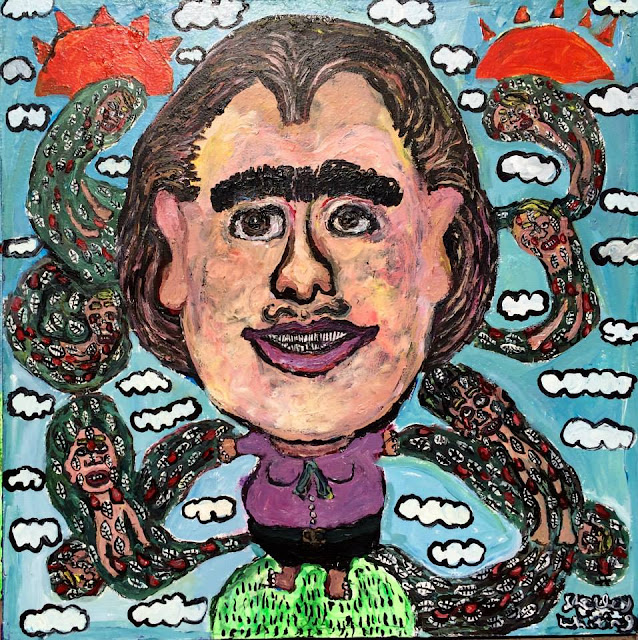 I started this series painting silent film male clowns. I did a couple studies of them. But it wasn't working as the protagonist for the series. I was heading towards art class holding a painting. I heard a guy say "paint more females." It annoyed me, but it gave me a challenge. The whole Eye of God series was mostly male subjects in a spiritual journey. Women are the solitary subjects here.
The girls are silly, they are like male women, think Freddy Munster with eyelashes.
I was inspired by the old painting Watson the Shark. A classical painting like Jacques Louis David with a shark coming out of it. They are two dissimilar elements. Mormons in the past were tarred and feathered. The snake is that reality. The front is spirituality that is green hills and sunsets
. 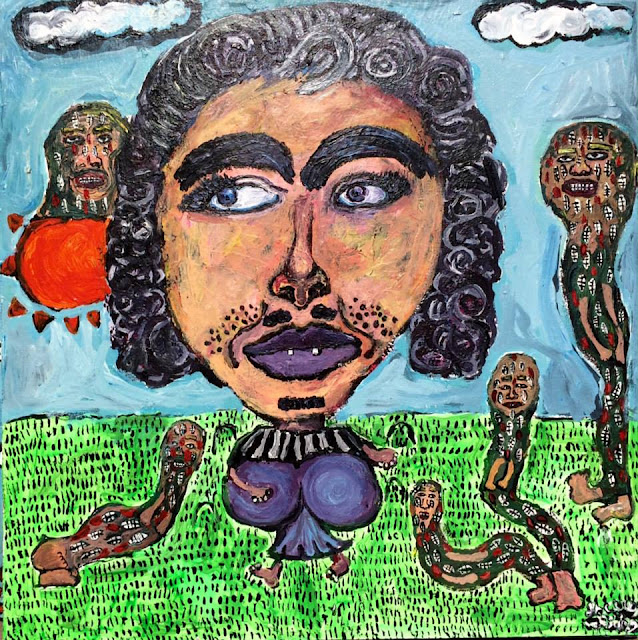 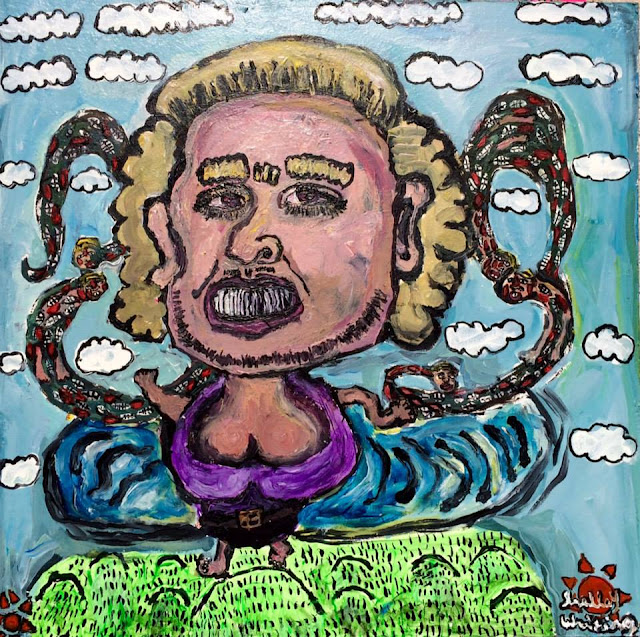 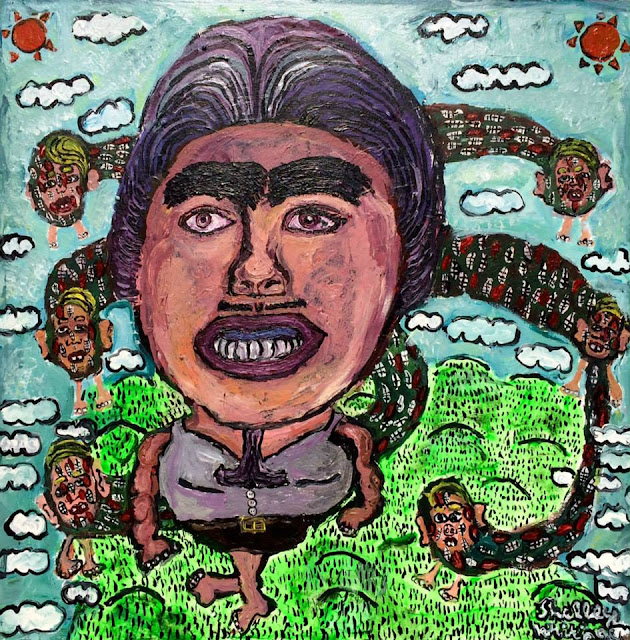 Posted by Shelley Whiting's art at 3:27 PM No comments:

The paintings are of silent film clowns. I love silent film clowns because they are goofy and innocent. I painted them in the middle. Anahid Ah, an artist from Uruguay painted her figures around him. It turned out excellent and fun. I hope to do some collaborations from artists in the future. Always unpredictable!

I will be doing five pictures for this series. Will update this posts with future ones.

I painted these pictures and then she added her own art to it. 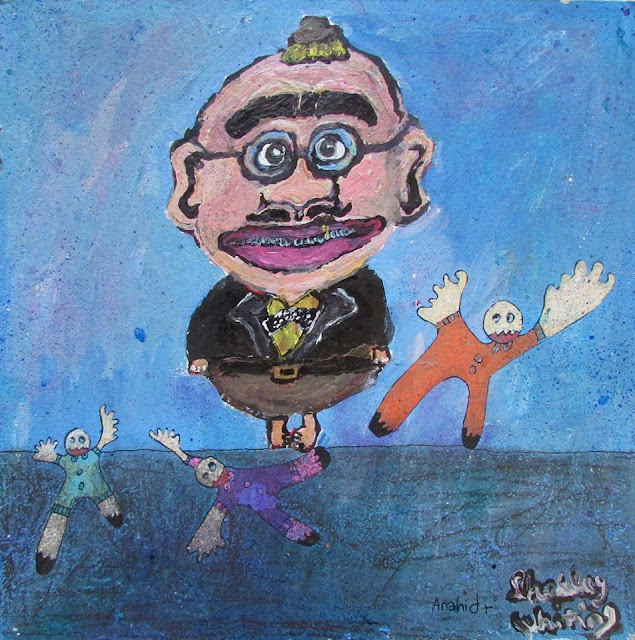 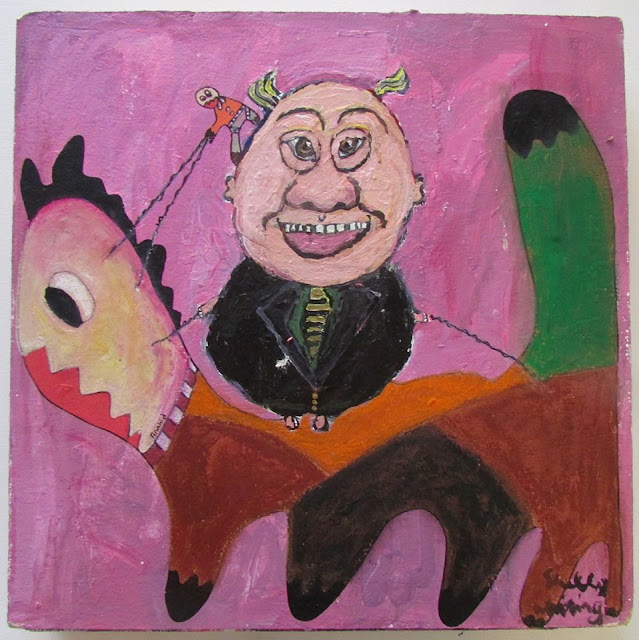 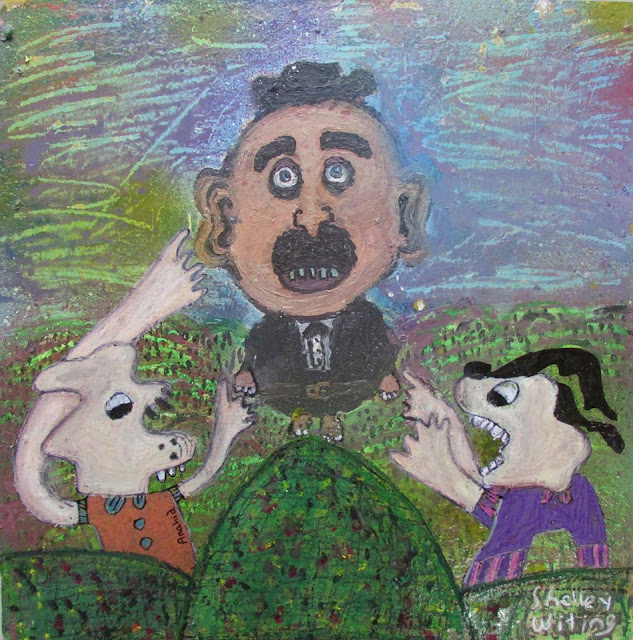 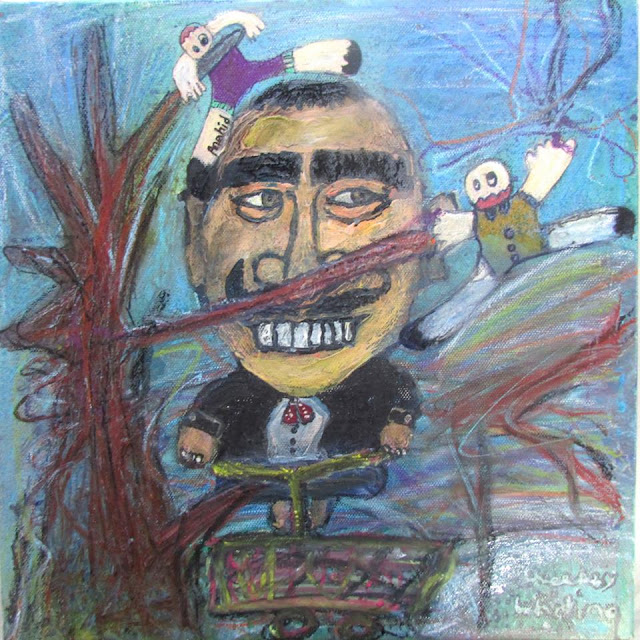 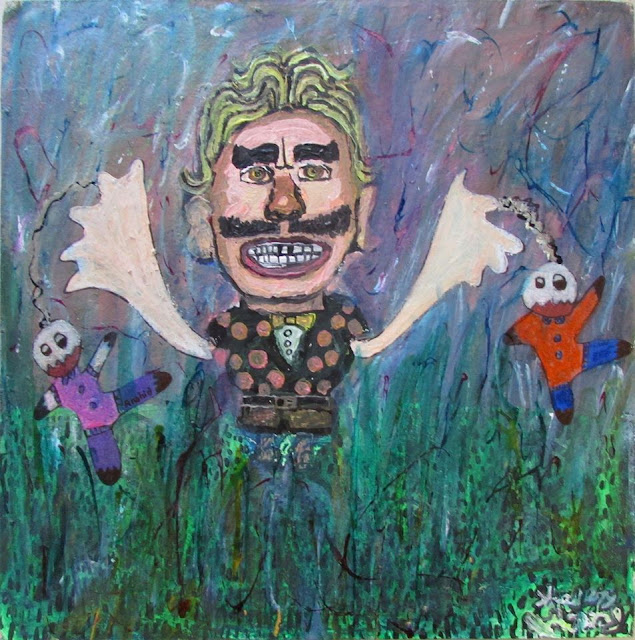 With these five work she did the figures first, then I painted the. 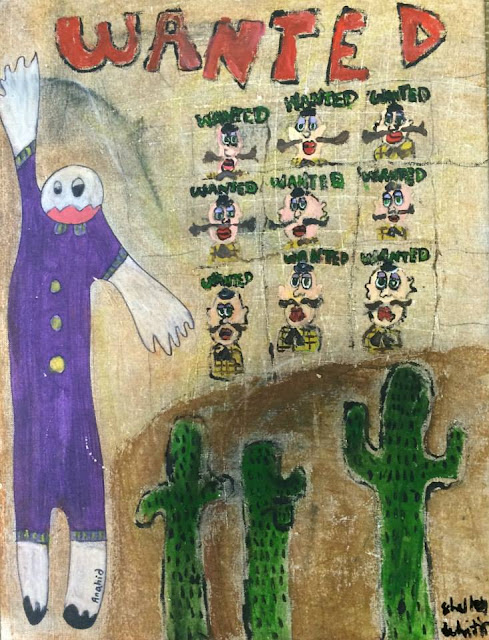 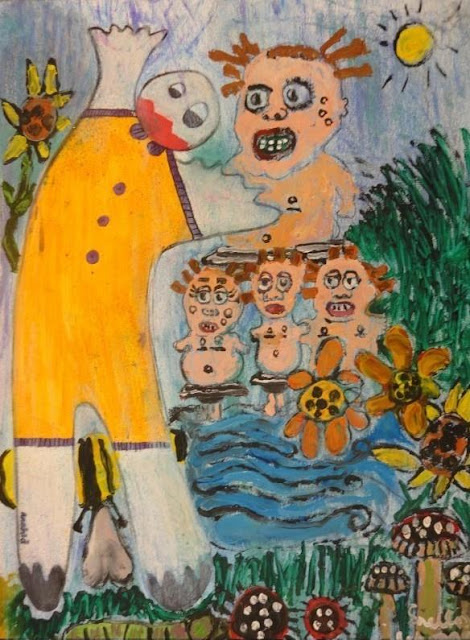 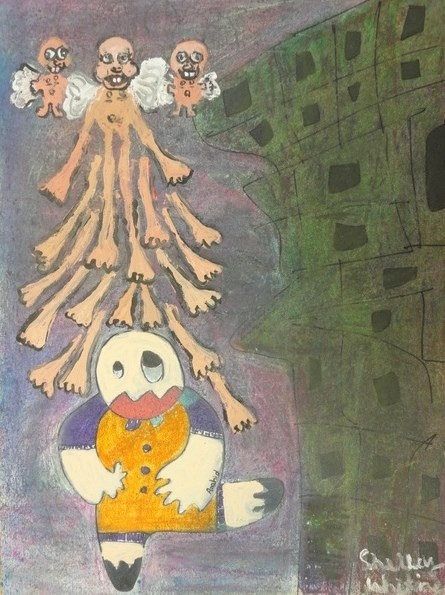 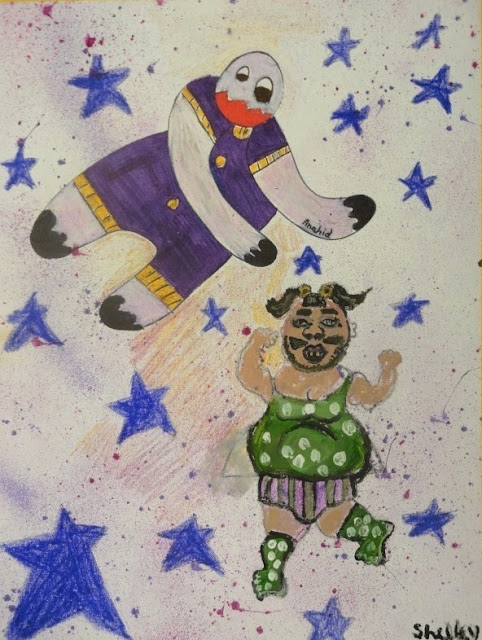 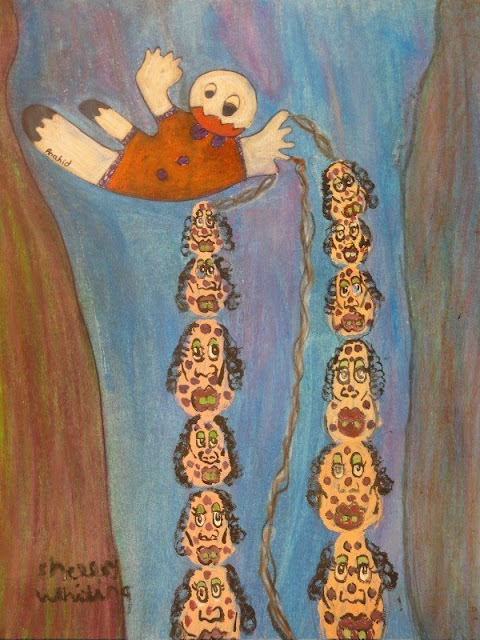