“Manic” Paintings on Display this First-Friday

While 2.8% of the American population has a severe mental illness, it seems that those people are often spoken of in the third person (1). Artist Shelley Whiting is changing that trend by prominently displaying works about her mental illness in public venues throughout the city. Her solo show, “Manic” is highly textural, richly colored and deeply personal.

Whiting’s artwork shows both the positive and negative aspects of bipolar disorder. Despite the large, smiling figures in many of the paintings, the overall feel of the paintings is very unsettling. “My circus-like paintings are influenced by my manic periods, which are artificial and can feel like a bad sugar rush,” says Whiting.

Other paintings are focused more on the anxiety on the other end of the spectrum. “My paintings feel very claustrophobic. I stack bodies on top of each other and create an agitated movement between the figures and portraits. The movement shows my dynamic emotional state. Presenting my raw vulnerabilities helps me learn new things about myself, while exposing my inner world to the public.”

Mental illness is often stigmatized, leading to isolation and avoidance of treatment. In fact, only 60% of people with a severe mental illness will receive treatment this year (2). This trend towards avoiding the “mentally ill” label worsens when tragedies occur, such as the Connecticut school shooting, and when the public rushes to judgment that mental illness is the cause.

“So many people who could use mental health care do not reach out for it because they are afraid that they will be locked up involuntarily if they reach out to a provider,” says Dean Spade, an activist and professor of law at the University of Seattle (3).

Shelley’s paintings assert the other side of what is commonly known about mental illness: that within the pain and struggle of mental illness comes great creativity and discovery (4). After completing her Bachelor of Fine Arts in Painting from ASU, Shelley entered PSA Art Awakenings, where she received an art studio, training, and counseling for two years as part of her mental health care.

This show marks her largest solo show since leaving the PSA program. It is a testament from Shelley that those with mental illness are not alone, and it is okay for them to seek help.

Additional samples of Shelley's work can be seen at her website: shellwhiting.blogspot.com

Yellow Monsters, Acrylic on board, 38X46 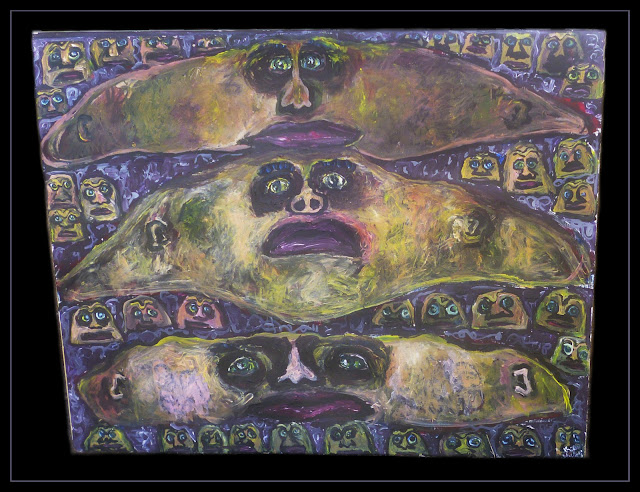 My artwork is showing at a coffee shop in Phoenix. 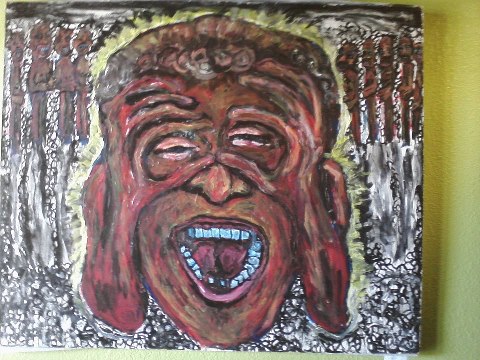 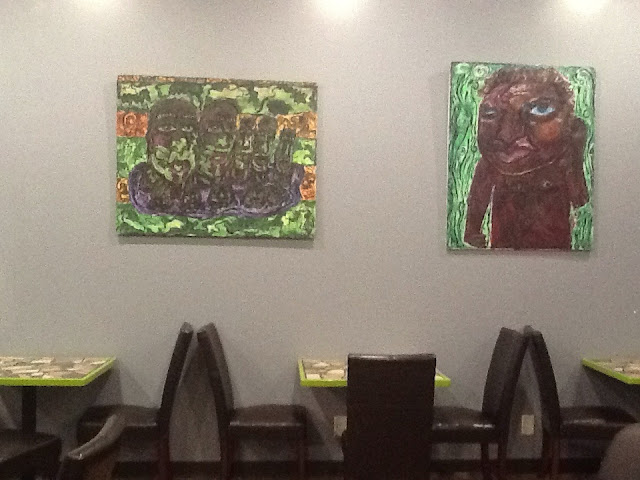 Here are some pieces at The Bold Roost, a coffee shop in Gilbert, AZ
Left Swamp People, 38X46, Acrylic on board Right The Greenish Stare, 46X38 Acrylic on board
Posted by Shelley Whiting's art at 2:16 PM 2 comments: